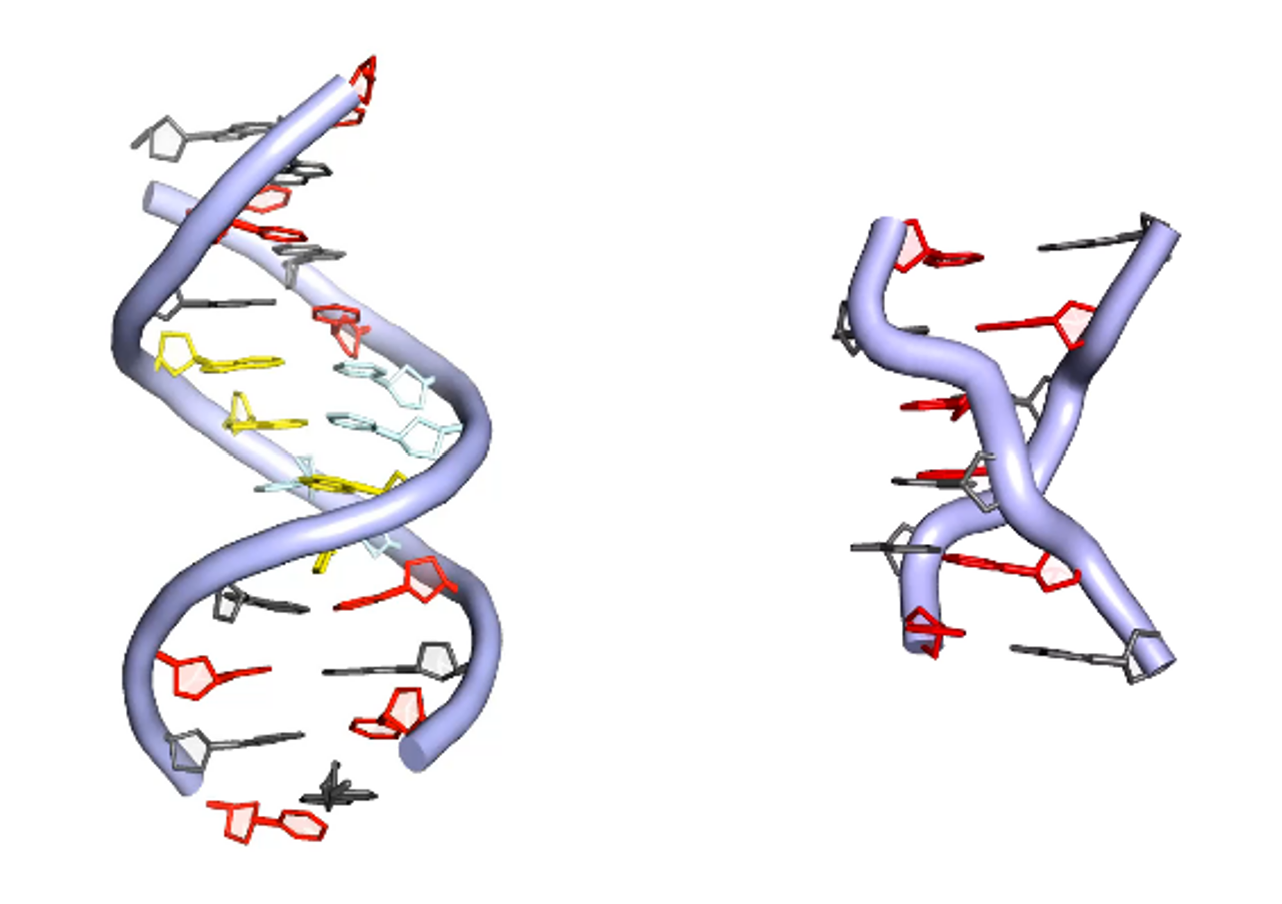 DNA is a macromolecule capable of adopting many different conformations. In addition to the canonical Watson-Crick B-DNA, at least another 10 different conformations have been identified, with Z-DNA in particular attracting more and more attention (Wang et al., 2007). Z-DNA is a left-handed helical form of DNA in which the double helix winds to the left in a zigzag pattern. In vivo, Z-DNA is a transient structure, as a higher energy conformation than B-DNA (Rich et al., 2003). However, certain conditions can promote its formation, such as alternating purine-pyrimidine sequences, especially alternating guanosine and cytosine residues, negative DNA supercoiling, Z-DNA binding proteins or high salt and some cations (Ravichandran et al., 2019).

The biological role of Z-DNA is currently an area of active study, as the controlled regulation of Z-DNA formation within cells indicates that it plays an important biological function. For instance, it is involved in the recruitment of specific proteins/transcription activators or repressors, regulation of gene expression, control of genome instability, and eliciting immunogenic responses (Ravichandran et al., 2019).

Z-DNA is also known to be immunogenic and has been implicated in systemic lupus erythematosus (SLE) (Lafer et al., 1983), Crohn’s disease, polyradiculoneuritis and amyotrophic lateral sclerosis (ALS) (Allinquant et al., 1984), as well as neurodegenerative disorders such as Alzheimer’s disease (Suram et al., 2002). Further, Z-DNA has been found to be an important component of mature bacterial biofilms formed by human pathogens in vivo (Buzzo et al., 2021) and on fabrics (Yau et al., 2021), conferring structural integrity to the extracellular DNA matrix.

Absolute Antibody offers the Anti-Z-DNA Z22 clone (Ab00783), which recognizes and binds to the skeleton of Z-DNA without sequence specificity. The antibody has been used for a variety of applications in recent peer-reviewed research, including:

Absolute Antibody produces recombinant antibodies and engineers them into different formats. Through our reagents catalog, the Z22 clone is available in the original mouse IgG2b format, as well as an IgG2b Fc Silent™ version to reduce background through Fc receptor binding in staining applications. Moreover, a recombinant mouse Fab fragment is available for reducing background during pull-down applications, or super-resolution approaches requiring a small probe, while a rabbit IgG version is available to facilitate multiplexed staining experiments.

In addition to antibodies against Z-DNA, Absolute Antibody offers antibodies against other DNA structures, such as G-quadruplex DNA, i-motif DNA, triplex DNA and hairpin DNA. You can view our full collection of DNA/RNA research antibodies here. Please contact us with any questions or to request an order quote.

Collaborating with the University of Sheffield to Increase Antibody Expression Yields