Application Notes: This antibody has been used in various FACS analyses, for instance, to confirm that it is only specific to mCCRL2-hemagglutinin (HA)/L1.2 transfectants and that peritoneal macrophages treated with LPS, TNFα, IFN-γ, or poly:IC up-regulate mCCRL2 protein expression (Zabel et al., 2008). Of note, this antibody binding to mouse peritoneal mast cells could be inhibited by chemerin, a protein ligand for signaling receptor CMKLR1 (Zabel et al., 2008). This anti-CCRL2 antibody can be used in wide variety of assays to study leukocytes and immune response. For example, this antibody has been used to examine the expression, regulation, and function of atypical chemerin receptor CCRL2 on endothelial cells (Monnier et al., 2012) and to delineate how the chemoattractant chemerin suppresses melanoma by recruiting natural killer cell antitumor defenses (Pachynski et al., 2012).

Western Blot using anti-CCRL2 antibody (Ab01033) Mouse thymus (A) and mouse brain (B) tissue lysates (35µg protein in RIPA buffer) were resolved on a SDS PAGE gel and blots were probed with the chimeric rabbit version of CCRL2 (Ab01033-23.0) at 0.5 µg/ml, before detection using an anti-rabbit secondary antibody. A primary incubation of 1h was used and protein was detected by chemiluminescence. 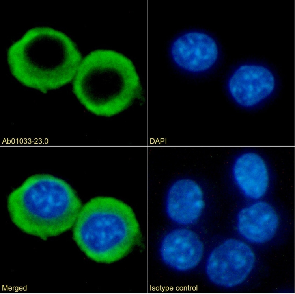 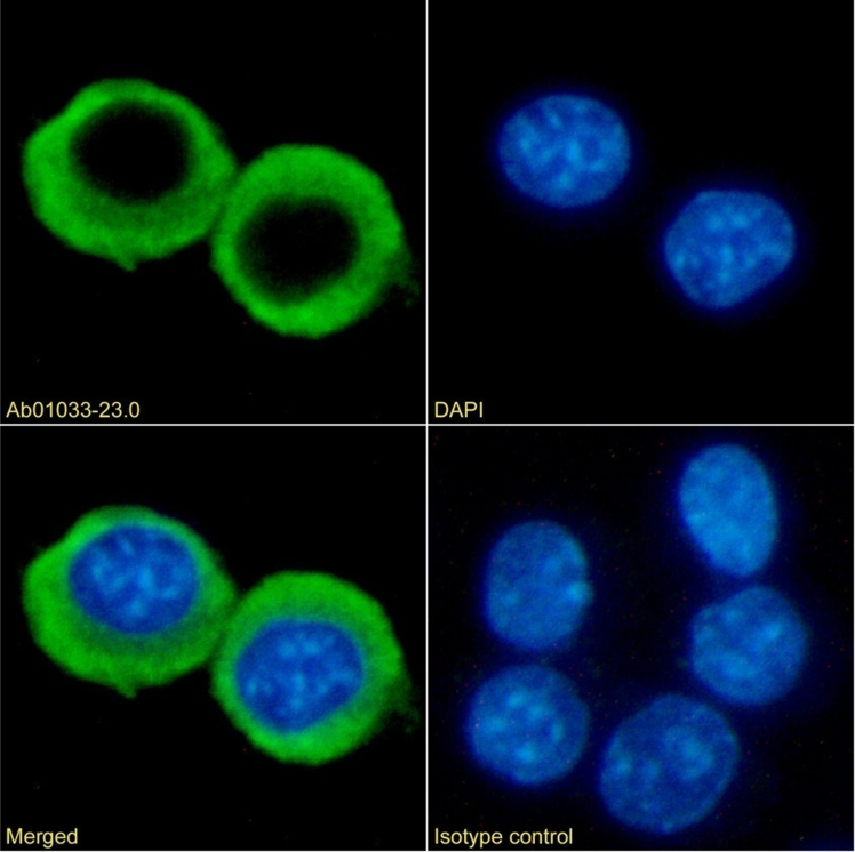 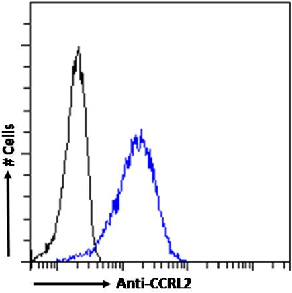 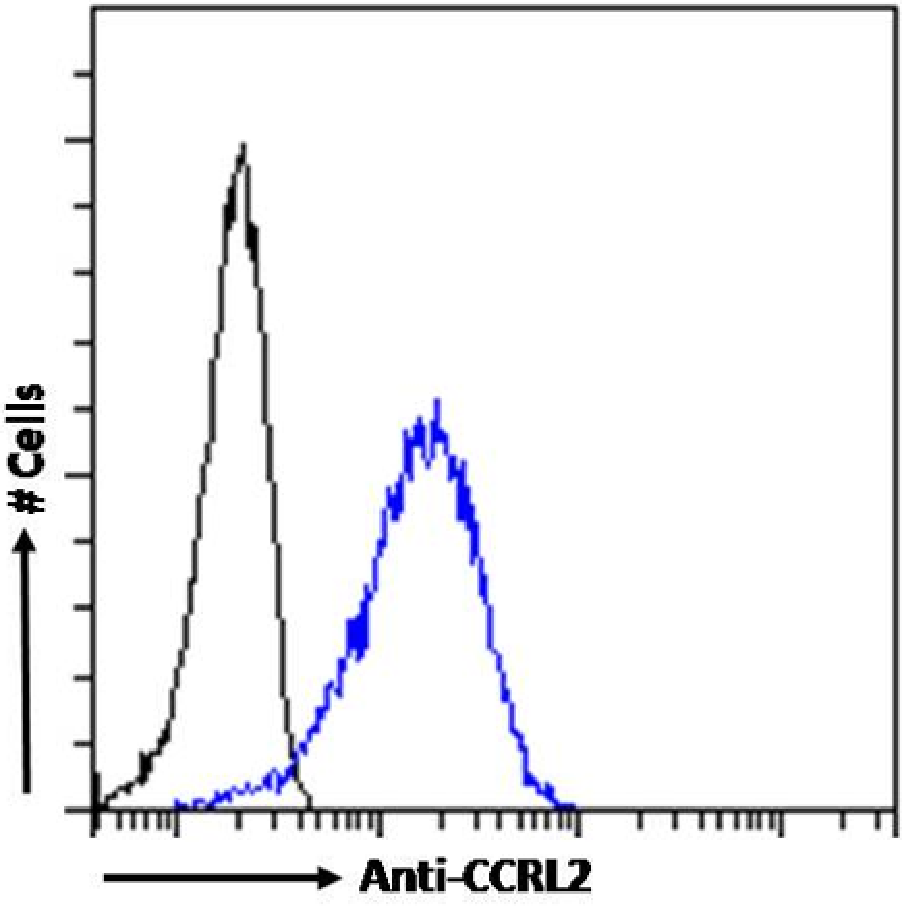