Specificity: This antibody is specific for the extracellular domain of murine CD27, a TNF-receptor superfamily member.

Antibody first published in: Sumi et al CD27 and CD70 do not play a critical role in the development of experimental allergic conjunctivitis in mice Immunology Letters, Volume 119, Issues 1–2, 15 August 2008, Pages 91-96 PMID:18579220
Note on publication: Describes the original generation of this antibody. 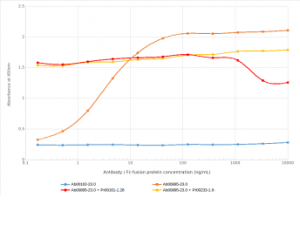 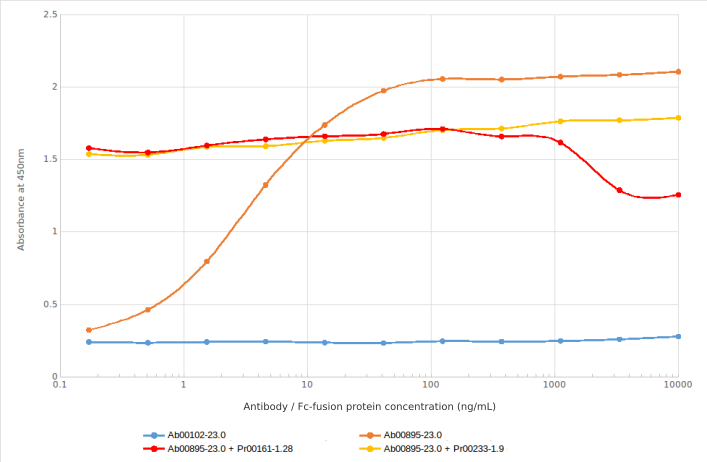 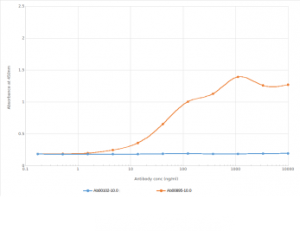 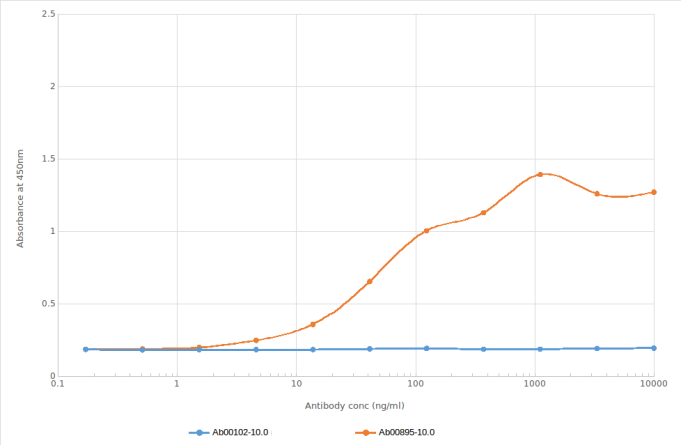 ELISA of anti-CD27 antibody on CD27-Fc fusion protein. Binding curves of the human chimeric version of the anti-CD27 (Interleukin-2 receptor subunit alpha) antibody RM27-3E5 (Ab00895-10.0; red line) and isotype control (anti-Fluorescein antibody Ab00102-23.0 4-4-20 (enhanced); blue line) to an ELISA plate coated with CD27-Fc fusion protein (Pr00160-1.9) at a concentration of 5 µg/ml. A 3-fold serial dilution from 10,000 to 0.17 ng/ml was performed using Ab00895-10.0. For signal detection, a 1:4000 dilution of HRP-labelled anti-human IgG antibody was used. Absorbance at 450nm does not reach a plateau but falls slightly before starting to increase once more before dropping off again. This may be suggestive of two binding sites on CD27 for which Ab00895-10.0 has differing affinities.