Specificity: This antibody is specific for murine TIM-3, a Th1-specific cell surface protein. TIM-3 is a type I transmembrane protein and contains an immunoglobulin and a mucin-like domain in its extracellular portion and a tyrosine phosphorylation motif in its cytoplasmic portion. This antibody binds to the BALB/c allele of TIM-3 while reactivity to the C57Bl/6 allele is significantly weaker.

Application Notes: This antibody has been used in multiple FACS analyses for diverse immuno-oncological applications, such as to delineate how TIM-3 signaling on cells of the innate immune system critically influences regulation of the adaptive immune response (Frisancho-Kiss et al, 2006), to demonstrate the reversal of T cell exhaustion and restoration of anti-tumor immunity upon co-targeting Tim-3 and PD-1 pathways (Sakuishi et al, 2010), and to examine the therapeutic potential of dendritic cell based vaccines against malignant glioma (Dey et al, 2015). This antibody has also been used in immunohistochemistry to aid the elucidation of the effects of Th2 immune deviation on corneal allograft survival and possible mechanisms of graft rejection (Beauregard et al, 2005). In addition, employing this anti-TIM-3 antibody as part of the combination immuntherapy (anti-TIM3 + anti-PD-1 +/- anti-CTLA-4) has been shown to be effective against experimental and carcinogen-induced tumors in mice (Sakuishi et al, 2010; Ngiow et al, 2011).

Antibody first published in: Anderson Ana et al. Promotion of tissue inflammation by the immune receptor Tim-3 expressed on innate immune cells. Science. 2007 Nov 16;318(5853):1141-3. PMID:18006747
Note on publication: Describe the generation of this antibody and its subsequent use in FACS, immunohistochemistry, immunofluorescence and a murine experimental autoimmune encephalomyelitis (EAE) model to study the effects of TIM-3 triggering in dendritic cells. 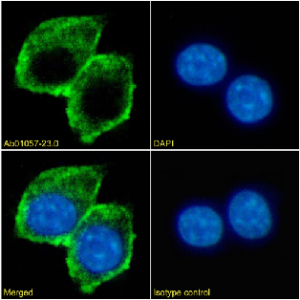 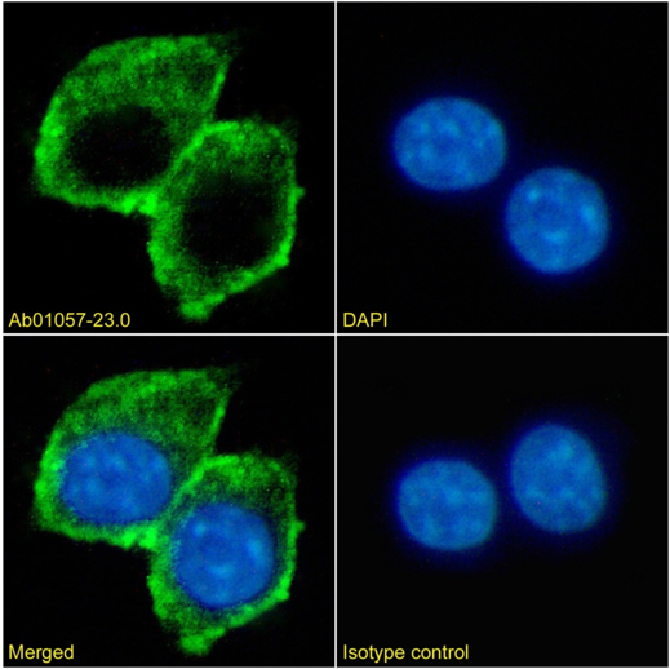