Specificity: This antibody is specific for human CD4, and recognises an epitope in the vicinity of a 13-amino acid loop in domain 2 of CD4. It cross-reacts with chimpanzee CD4, but not baboon or macaque CD4.

Antibody first published in: Burastero et al. Broad-Spectrum Inhibition of HIV-1 by a Monoclonal Antibody Directed against a gp120-Induced Epitope of CD4 PLoS One. 2011; 6(7): e22081. PMID:21818294
Note on publication: Describes the original generation of this antibody, and characterisation of its binding specificity. 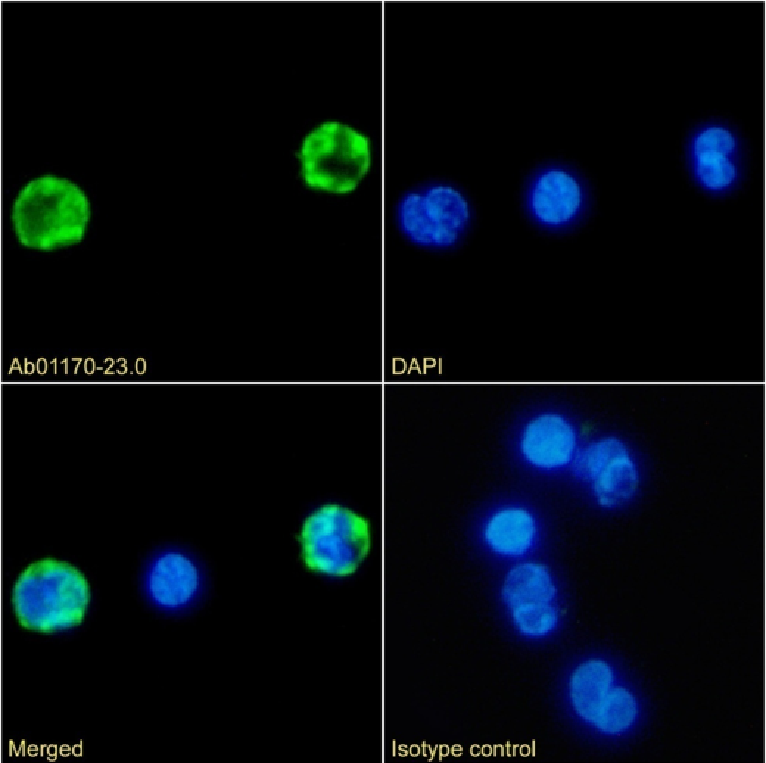