Specificity: A54 binds specifically to the D1 domain of CD40 (and can only bind to the intact i.e. non-truncated version of CD40 and when an AD2 peptide tag has not been added) and can recognise CD40 on a B cell line (BJAB). This scFv binds to CD40 (immobilized by amine coupling) with a KD within the range of 40nM. CD40 is a glycoprotein of the TNFR superfamily and is expressed on all mature B cells, dendritic cells, activated monocytes, some endothelial cells and some epithelium including the thymus. CD40 binds to the membrane protein CD154 of the TNF superfamily and this interaction is required for the seconfary immune responses and germinal centre formation.

Antibody first published in: Ellmark et al. In vitro molecular evolution of antibody genes mimicking receptor revision Mol Immunol. 2002 Oct;39(5-6):349-56. PMID:12220892
Note on publication: Describes the creation of an interative library based on 4 similar scFv clones (of which one is A54) using the CDR shiffling principle. 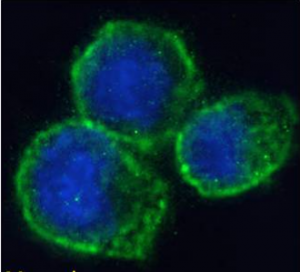 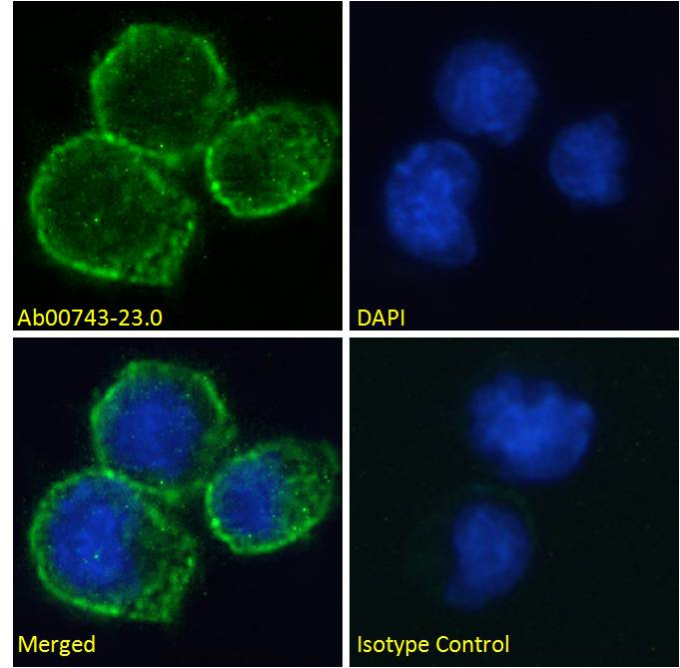