Specificity: MIMA-8 was shown to be specific for the Jsb epitope of the Kell protein using flow cytometry, whereby the mAb agglutinated Jsb+ , but not Jsa+Jsb-, erythrocytes (Chu et al, 1999). These erythrocytes also lacked other high-incidence Kell protein antigens. The Kell protein is a cell-surface metalloprotease, and constitutes one of the major blood antigenic systems of humans.

Application Notes: MIMA-8 was shown, by flow cytometry, to react to the Jsb epitope of Kell protein (Chu et al, 1999). As a result, MIMA-8 could be used as a diagnostic reagent for cell typing of patient blood samples, or as a research tool. Notably, the Jsb epitope is known to be located close to the Kell enzymatic active site, and thus MIMA-8 could be used to study the structure-function relationship at this region. 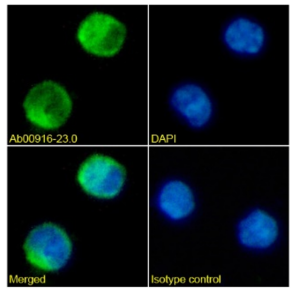 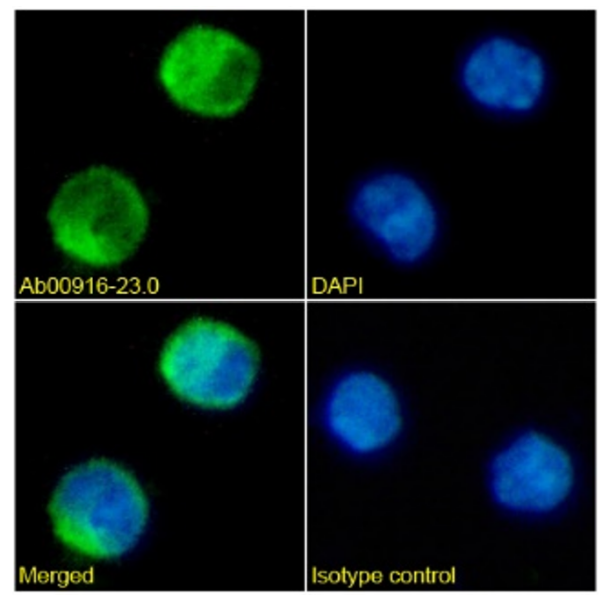 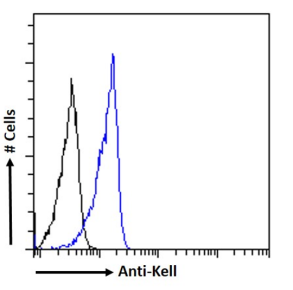