Specificity: Nivolumab binds to the extracellular portion of human PD-1 (2.6 nM - Scatchard analysis and SPR) - the antibody also binds to cynomolgus PD-1 with a similar affinity (3.9 nM - SPR). The antibody does not bind to other immunoglobulin superfamily proteins such as CD28, CTLA-4, ICOS and BTLA. The epitope of Nivolumab for both human and cynomolgus PD-1 includes the sequences SFVLNWYR-MSPSNQTDKLAAFPEDR (aa 29-53) and SGTYLCGAISLAPKAQIKE (aa 85-103), as shown by mass spectrometry of protease-treated fragments of PD-1 - these residues are thought to additionally be important for liand binding to PD-1. PD-1 is an inhibitory receptor expressed on the surface of T cells. It is able to bind to its ligands PDL-1 and PDL-2 which results in an inhibitory signal leading to decreased T cell proliferation, cytokine protuction and cytotoxic activtiy. PDL-1 is often expressed in human tumors such as melanoma, lung and kidney where it is able to overactivate PD-1 and plays a role in the evasion of cancer cells from the immune system.

Application Notes: Nivolumab has been shown to bind to PD-1-expressing CHO cells (EC50 ~1.66nM). Nivolumab binds CD4+ T cells (EC50 ~0.64 nM) and stains only memory and effector, and not naiive CD4+ or CD8+ T cells from human peripheral blood by FC. The antibody is able to block the interaction between PD-1 and its ligands PDL-1 and PDL-2 (IC50 ~2.52 nM and ~2.59 nM, respectively - determined by SPR) - these IC50 values are also similar to that measured by FACS to evaluate ligand binding to PD-1 expressed on CHO cells. In an allogenic T-cell/DC MLR, Nivolumab-mediated inhibition of PD-1 results in enhancement of IFNγ release, and also enhances IL-2 secretion (97-139% over an isotype control) in response to the superantigen SEB using human peripheral blood mononuclear cells. The same is also observed in a CMV-restimulation assay. Nivolumab at very low concentrations (∼1.5 ng/mL) is able to enhance T-cell reactivity in the presence of a T-cell receptor stimulus - nivolumab has no stimulatory effect in the absence of antigen or T-cell receptor stimulus. In the therapeutically used human IgG4 (S228P) format, this antibody is unable to mediate ADCC (antibody-dependent cell-mediated cytotoxicity) or CDC (complement-dependent cytotoxicity).

Antibody first published in: Wang et al. In Vitro Characterization of the Anti-PD-1 Antibody Nivolumab, BMS-936558, and In VivoToxicology in Non-Human Primates Cancer Immunol Res. 2014 Sep;2(9):846-56. PMID:24872026
Note on publication: Describes the generation and characterization of the anti-PD-1 antibody nivolumab, including its specicity, binding affinity and its in vivo and in vitro properties. 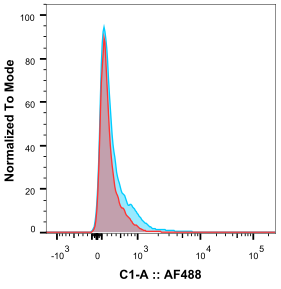 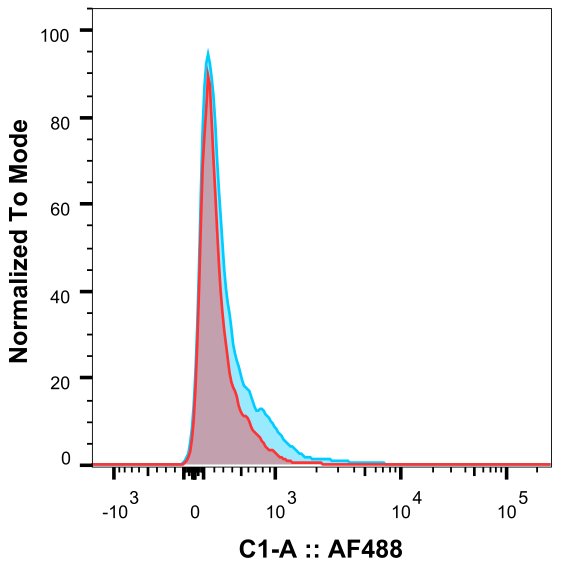 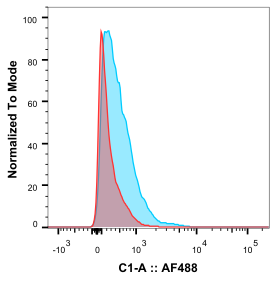 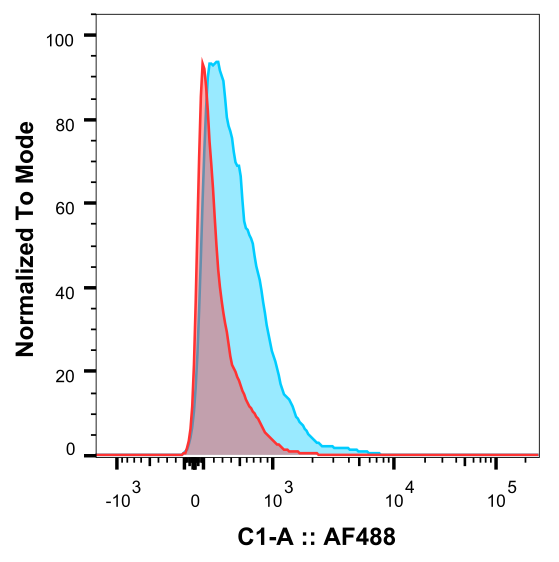