Specificity: Specifically binds to a specific twelve peptide sequence (EDQVDPRLIDGK) in the activation region of the Protein C (spanning the thrombin cleavage site). Does not react with activated protein C. Has been shown to be cross-reactive with baboon Protein C but not with bovine or mouse Protein C.

Application Notes: HPC-4 binds human protein C only in the presence of Ca2, it binds to the reduced carboxymethylated protein C heavy chain and it blocks protein C activation but does not bind or inactivate protein C or activated protein C bound to its plasma inhibitor (Taylor et al., 1987). It is an anti-epitope tag antibody, as it recognises EDQVDPRLIDGK sequence (Taylor et al., 1987). Furthermore, it has been shown to work in ELISAs to detemine expression levels (Velander et al., 1992). HPC-4 has been shown to be effective at purifying proteins tagged with its epitope (Rezaie et al., 1992). Has been used to block the activation of Protein C by the thrombin-thrombomodullin complex (Stearns et al., 1988). It was used for the same purpose in Baboons to lower the threshold of sepsis (Taylor Jr et al., 1987). HPC-4 has been used in many other studies to observe the function of Protein C by knocking out its function in a Ca2+ dependent manner, purificaion and others (Bae et al., 2007; Tanaka et al., 2005). 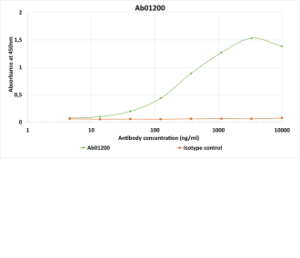 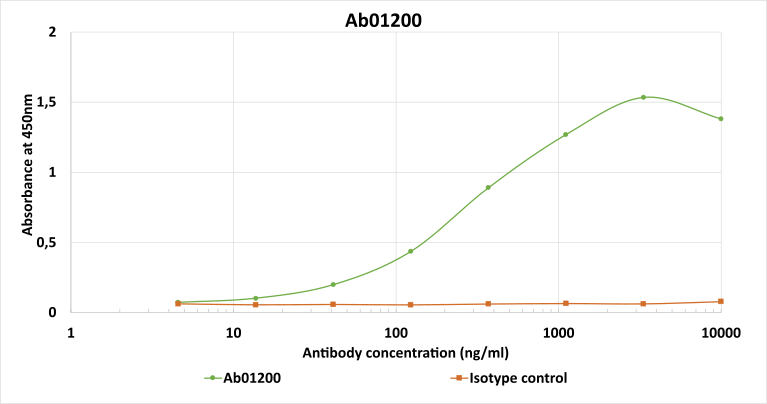 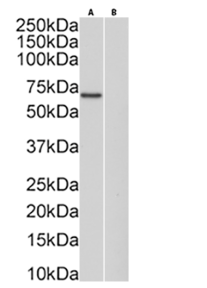 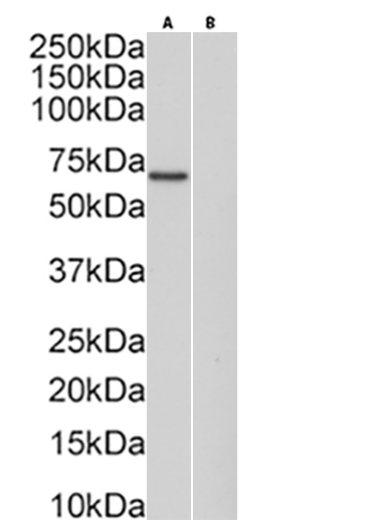 Western Blot using Anti-Protein C antibody HPC-4 (Ab01200). Protein C expressing plasmid transfected (A) and non-transfected (B) HEK293 cells lysate (3µg protein in RIPA buffer) were resolved on a SDS PAGE gel and blots were probed with the chimeric mouse version of HPC-4 (Ab01200-1.1) at 0.001µg/ml before detection using an anti-mouse secondary antibody. A primary incubation of 1h was used and protein was detected by chemiluminescence. 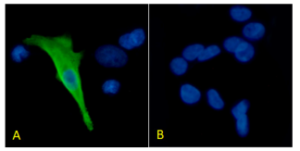 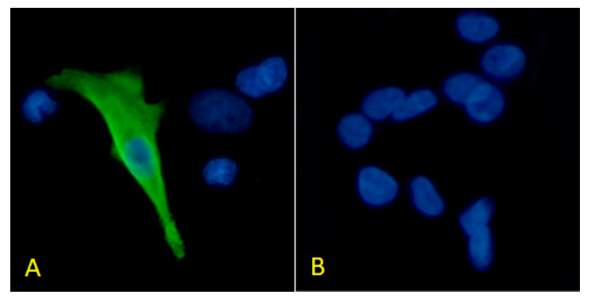