Specificity: This antibody is specific for murine TIM-4, which unlike other TIM family members, is not expressed on T lymphocytes but rather found on antigen presenting cells such as lymphoid and myeloid DC's and macrophages. TIM-4 has been shown to interact with TIM-1 thereby suggesting a role of TIM-4 in the balance of Th1/Th2 regulation. Additionally TIM-4 has been shown to be a receptor for phosphatidylserine and may play a role in engulfment of apoptotic cells.

Application Notes: This antibody (Clone 3A1), together with two others (clones 5G3 and 3H11), was originally produced from the subcloned hybridomas; all of these 3 produced mAbs bound specifically to murine TIM-4 and not to any other TIM molecule, as demonstrated by both FACS and ELISA analyses (Rodriguez-Manzanet et al, 2008). This antibody has been used in various FACS analyses, for example, to show that TIM-1 and TIM-4 glycoproteins bind phosphatidylserine and mediate uptake of apoptotic cells (Kobayashi et al, 2007), to underscore the requirement of IL-10 from marginal zone precursor B cell subset for costimulatory blockade-induced transplantation tolerance (Lal et al, 2015), and to uncover a mechanism by which the body adapts to fluctuations in erythrocyte integrity (Theurl et al, 2016). This antibody has also been used in immunohistochemistry to discover a new tissue macrophage subset in the thymus that is dependent on transcription factor NR4A1 for development (Tacke et al, 2015), as well as in immunofluorescence to elucidate the mechanisms that control the heterogeneity of tissue macrophages (A-Gonzalez et al, 2013). In addition, the anti-tumour effects of anti-TIM-4 antibodies have been demonstrated in various murine melanoma and colon adenocarcinoma models (Baghdadi et al, Cancer Immunol. Immunother. 2013; Baghdadi et al, Immunity. 2013).

Antibody first published in: Rodriguez-Manzanet Roselynn et al. Tim-4 expressed on antigen-presenting cells induces T cell expansion and survival. J Immunol. 2008 Apr 1;180(7):4706-13. PMID:18354194
Note on publication: Describe the original generation of this antibody and its subsequent use in FACS and Western Blots for insights into Tim-4 as a costimulatory molecule that promotes T cell expansion and survival by crosslinking Tim-1 on T cells. 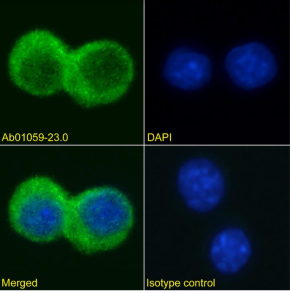 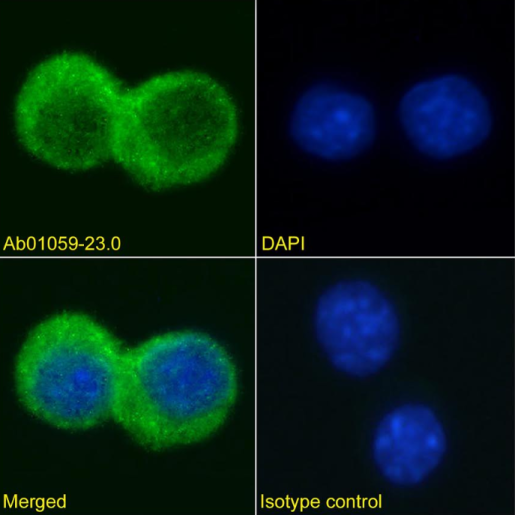