Specificity: This antibody is specific for murine TWEAK. It has been shown not to react with TNF-α, FasL, and TRAIL. 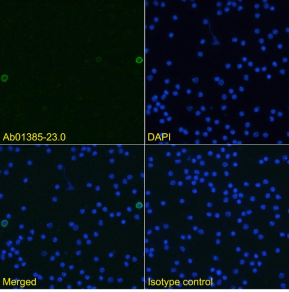 IF analysis of mouse splenocytes using Ab01385-23.0. Click on image for more details. 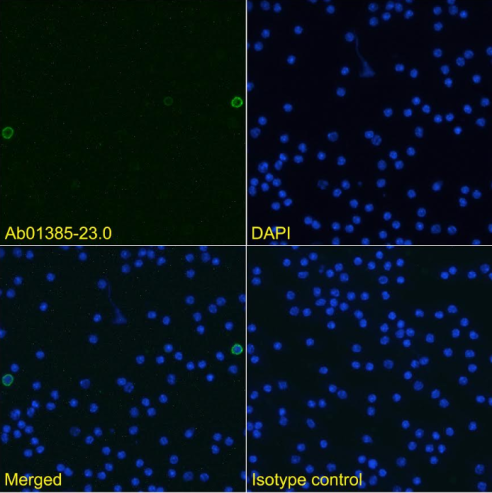