Specificity: Binds specifically to human CD38, an approximately 45 kDa type II transmembrane protein, expressed on essentially all pre-B lymphocytes, plasma cells, and thymocytes. Also present on activated T lymphocytes, natural killer (NK) lymphocytes, myeloblasts, and erythroblasts. Bimodally expressed during B cell development, modulating from high in immature cells to low in intermediate ones and back to high on mature B cells. This antibody competes with clone HB7 (Ab00128) (Ellis 1995) which has been shon to bind to an epitope between amino acids 273-285).

Application Notes: The antibody binds to CD38, a glycoportein on the surface of various immune cells that catalyzes the hydrolysis of cyclic ADP-ribose to NAD+ and ADP-ribose. 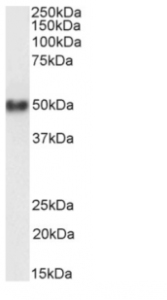 Western Blot using anti-CD38 antibody AT13/5 (Ab00289) Human spleen lysate samples (35µg protein in RIPA buffer) were resolved on a 10% SDS PAGE gel and blots probed with the chimeric rabbit version of AT13/5 (Ab00289-23.0) at 1 µg/ml before detection using an anti-rabbit secondary antibody. A primary incubation of 1h was used and protein was detected by chemiluminescence. The expected running size for CD38 is 34.3kDa, but this protein is glycosylated at several residues. Ab00289-23.0 successfully detected CD38 in human spleen lysate. 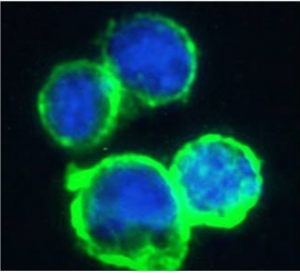 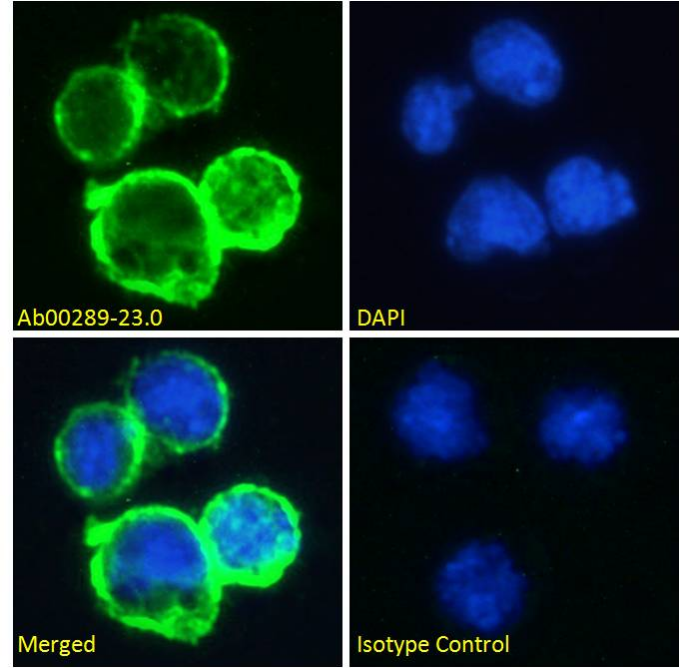