Application Notes: This antibody reacts with various lymphoid cell populations and thymocytes. OKT10 along with other antibodies was used to describe the stages of intrathymic development of human thymocytes. It was reported that all the thymocytes intially bear the OKT10 marker. As the thymocytes are exported to peripheral T-cel compartment they lose the OKT10 marker, as OKT10 could not react with peripheral T-cells (PMID:6966400). OKT10 is reported to bind to leukaemias and normal marrow cells of the myeloid and B cell lineages (PMID:6169674). OKT10 was used to study final B cell maturation since the OKT10 antigen is expressed on mature lymphocytes and lymphoplasmacytic cells. OKT10 reactivity is inversely proportional to the presence of Ia-like antigen expression. Therefore, these two antigens can be employed as complementary opposite reactants for the study of mature B cell malignancies, such as CLL, multiple myeloma, and Waldenström malignancy. (PMID:6813349). This antibody was used for determination of highly purified human NK cells by flow cytometry (PMID:6975321). This antibody was used for the identification of a CD38-like 78-Kilodalton soluble protein released from B Cell Lines derived from patients with X-linked Agammaglobulinemia (PMID:9637716)

Antibody first published in: Reinherz et al. Discrete stages of human intrathymic differentiation: Analysis of normal thymocytes and leukemic lymphoblasts of T-cell lineage PNAS; Issue: 3; Volume: 77, Pages: 1588-1592. PMID:6966400
Note on publication: Describes the generation of antibody and its use with other antibodies to define the three discrete stages of human intrathymic T-cell differentiation. 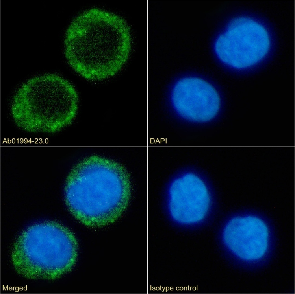 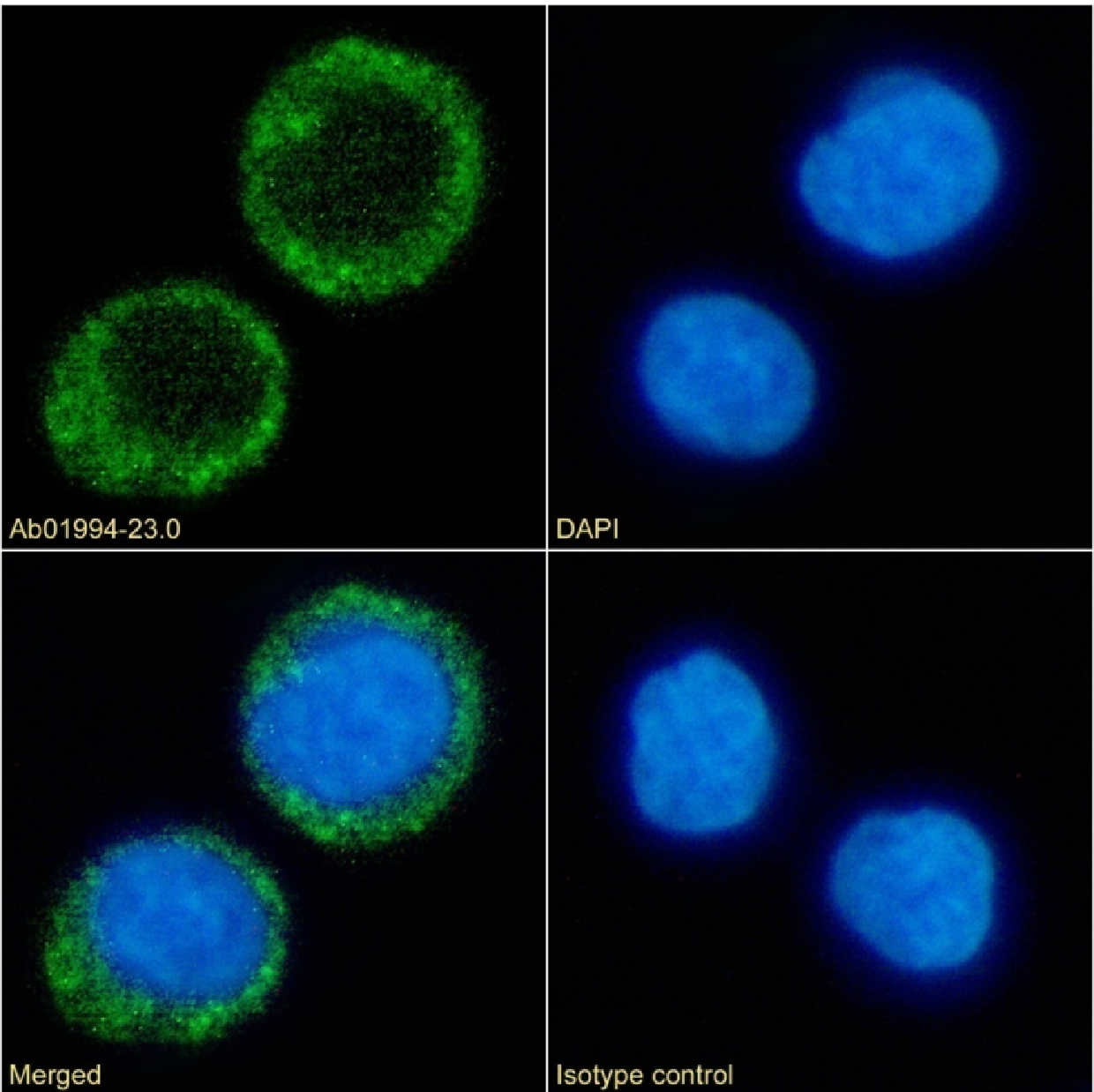