Specificity: ch5D12 binds specifically to recombinant and native human CD40 ectodomain and has been shown to also bind CD40 in cynomolgus and marmoset monkeys. The antibody requires residues within D1 and D1/B2 for binding (Hager et al, 2003) (D1 domain is crucial for CD40L binding). Binding characteristics are very similar between humanized ch5D12 and mu5D12. CD40 is a glycoprotein of the TNFR superfamily and is expressed on all mature B cells, dendritic cells, activated monocytes, some endothelial cells and some epithelium including the thymus. CD40 binds to CD40L, and this interaction is involved in B-cell activation and proliferation, antigen-presenting cell (APC) activation, initiation of antigen-specific T-cell responses, immunoglobulin production, activation of effector macrophages isotype switching, homotypic adhesion and rescue from apoptosis.

Application Notes: ch5D12 is an antagonist of the CD40-CD40L pathway. ch5D12 binds to B cells and monocytes, but not to peripheral blood CD4+ and CD8+ cells. ch5D12 was tested in vivo using a marmoset EAE (experimental autoimmune encephalomyelitis) model (recombinant myelin oligodendrocyte glycoprotein (MOG) was used to induce EAE) - model for human multiple sclerosis. ch5D12 was able to prevent development of the symptoms of the disease during the treatment period, reduce the anti-MOG antibody response and reduce the formation of inflammatory lesions in the CNS. ch5D12 binding and specificity can be detected and measured by FC, SPR, ELISA and IP, and CD40+ cells can be stained by the antibody in IHC.

Antibody first published in: Boon et al. Preclinical assessment of anti-CD40 Mab 5D12 in cynomolgus monkeys Toxicology. 2002 May 15;174(1):53-65. PMID:11972992
Note on publication: Describes the creation of a chimeric human IgG4 version of mu5D12 to enhance the in vivo half-life and reduce the immunogenicity of the antibody capable of antagonising the CD40-CD40L interaction. 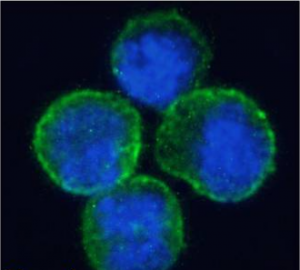 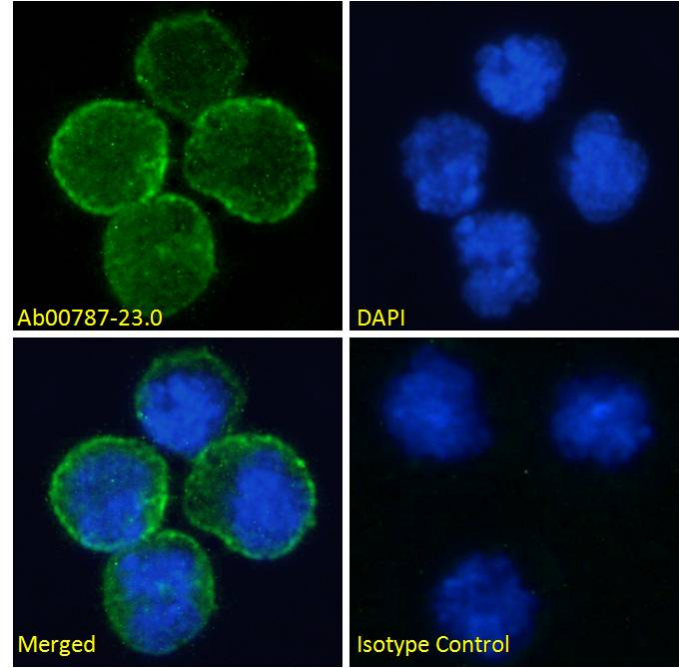