Specificity: YSd1 was selected during phage display on the basis of its binding to the extracellular domain of DR5. It binds to the N-terminal portion of the molecule, binding to the smaller of two binding sites for the natural DR5 ligand Apo2L/TRAIL in the same fashion as the natural ligand.

Application Notes: YSd1 bound DR5 with high affinity, shown using competitive phage ELISA as well as surface plasmon resonance (with a Kd of 34 nM). By binding to interfacial regions of DR5 which are sites of physiological ligand interaction, it is likely that YSd1 has the capacity to neutralise DR5 activity by inhibition of downstream signalling.

Antibody first published in: Fellouse et al. Molecular recognition by a binary code. J Mol Biol. 2005 May 20;348(5):1153-62 PMID:15854651
Note on publication: Describes the generation of antibodies specific for human VEGF and human DR5, using the VH and VL framework regions of the murine anti-human HER2 Ab 4D5. The CDRs of the parental Ab were randomised using only Ser and Tyr residues, highlighting the potential to generate binding specificity from a limited chemical repertoire. The anti-DR5 Ab, YSd1, was crystallised with the N-terminal DR5 extracellular domain. 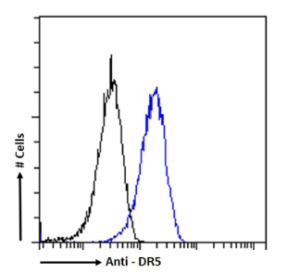 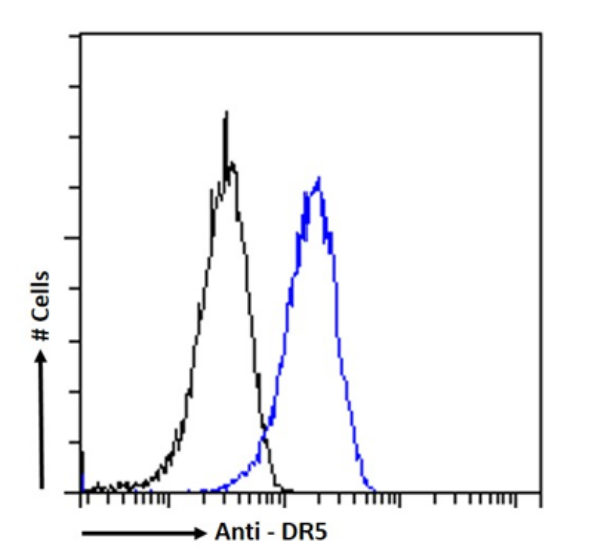 Flow cytometry using the Anti-DR5 antibody YSd1 (Ab00915). Paraformaldehyde fixed Caco-2 cells permeabilized with 0.5% Triton were stained with anti-unknown specificity antibody (Ab00178-23.0; isotype control, black line) or the rabbit IgG version of YSd1 (Ab00915-23.0, blue line) at a dilution of 1:100 for 1h at RT. After washing, the bound antibody was detected using a goat anti-rabbit IgG AlexaFluor® 488 antibody at a dilution of 1:1000 and cells analyzed using a FACSCanto flow-cytometer. 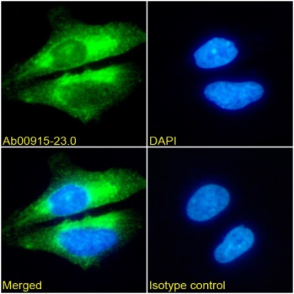 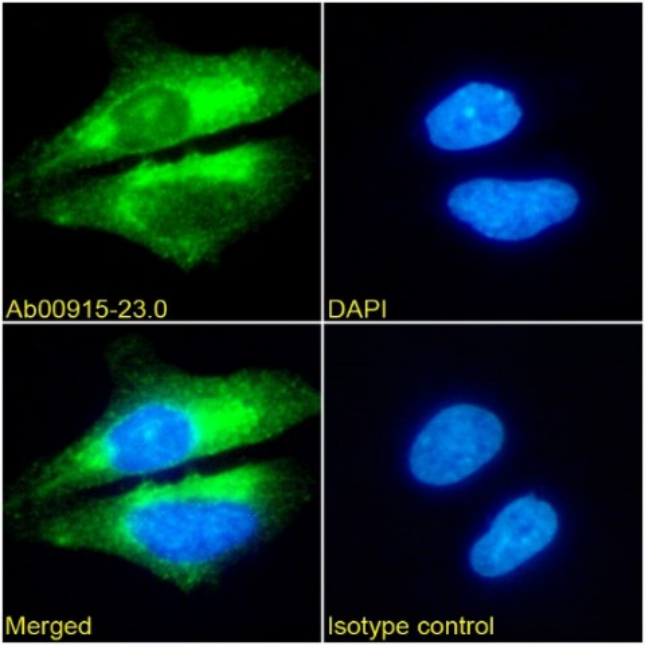