Specificity: EDAR12 recognises and binds to CRD1 of the extracellular domain of mouse EDAR. EDAR3 cross-reacts with EDAR derived from human, dog, rat and chicken when EDAR is fused to the glycosylphosphatidylinositol anchor of TRAILR3. EDAR is the receptor for the TNF family ligand EDA1, which is a type II transmembrane protein possessing a collagen-like domain and a C-terminal TNF-homology domain. EDAR is important for the correct development of skin appendages including hair, teeth and eccrine sweat glands. LoF mutations in the Eda gene is known to cause XLHED (X-linked hypohidrotic ectodermal dysplasia), and results in abnormal development.

Application Notes: EDAR12 can be used in surrogate reporter assay in which Fas-sensitive cells were transfected with a construct formed by fusing the ectodomain of mouse or human EDAR to the intracellular domain of Fas. Binding of EDAR12 resulted in the induction of apoptosis in these cells, confirming the agonisitc activity of the antibody. (EC50 (dose required to kill half of EDAR:Fas-expressing Jurkat cells) hEDAR:Fas ~ 5 ng/ml; EC50 mEDAR:Fas ~ 10 ng/ml - both were less active than DEA1-Fc). Tail-hair formation was also rescued after administration of EDAR3 to newborn EDA-deficient Tabby mice, with 0.35 mg/kg required for half-maximal tail-hair reversion. EDAR123 can also be used in ELISA and as a Fab fragment (generated by ficin digestion) in SPR experiments. EDAR can also be recognized by EDAR12 under both reducing (+DTT) and non-reducing conditions.

Antibody first published in: Kowalczyk et al. Molecular and therapeutic characterization of anti-ectodysplasin A receptor (EDAR) agonist monoclonal antibodies. J Biol Chem. 2011 Sep 2;286(35):30769-79. PMID:
Note on publication: Describes the generation and characterization of anti-EDAR antibodies that mimic the action of EDA1 in stimulating EDAR both in vitro and in vivo. 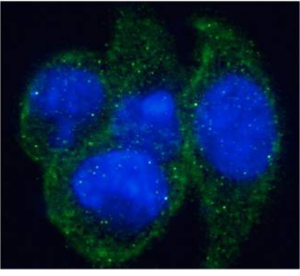 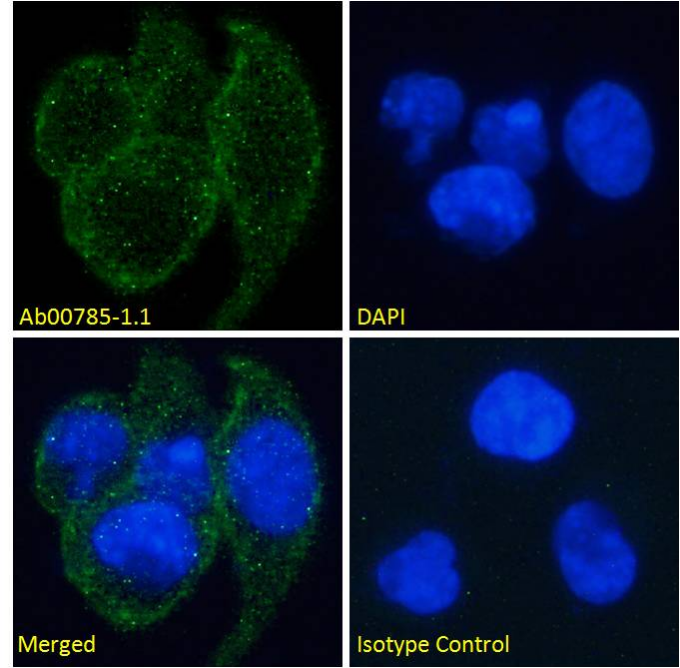