Specificity: This antibody recognizes all and only those analogues of the tau protein which terminate at Glu391. The tau protein promotes microtubule assembly and stability, and might be involved in the establishment and maintenance of neuronal polarity. The C-terminus binds axonal microtubules while the N-terminus binds neural plasma membrane components, suggesting that tau functions as a linker protein between both. 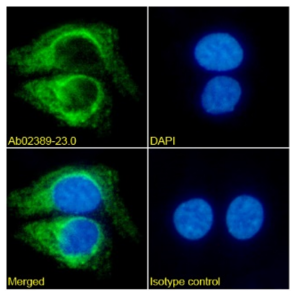 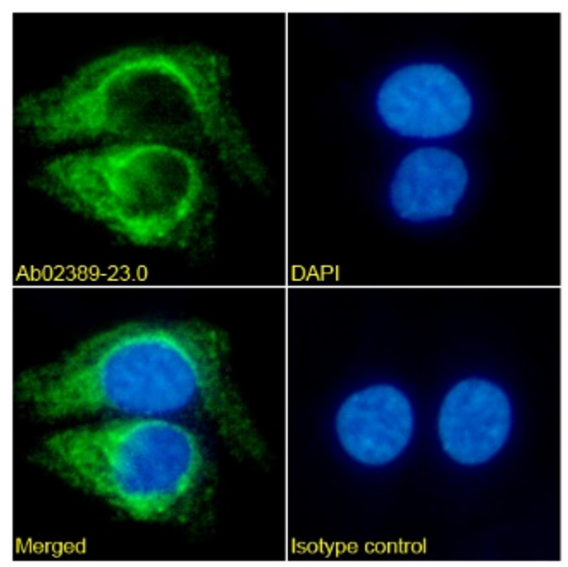 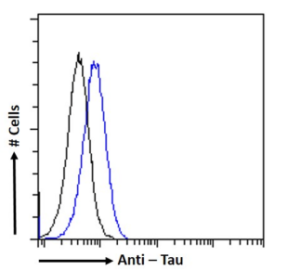 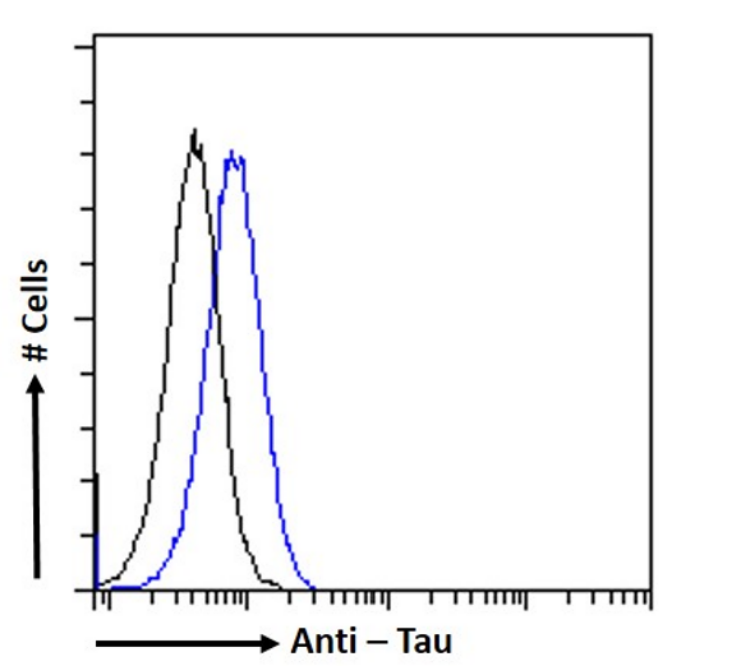 Flow cytometry using the Anti-Tau antibody MN423 (Ab02389). Paraformaldehyde fixed Kelly cells permeabilized with 0.5% Triton were stained with anti-unknown specificity antibody (Ab00178-23.0; isotype control, black line) or the rabbit IgG version of MN423 (Ab02389-23.0, blue line) at a dilution of 1:100 for 1h at RT. After washing, the bound antibody was detected using a goat anti-rabbit IgG AlexaFluor® 488 antibody at a dilution of 1:1000 and cells analyzed using a FACSCanto flow-cytometer.